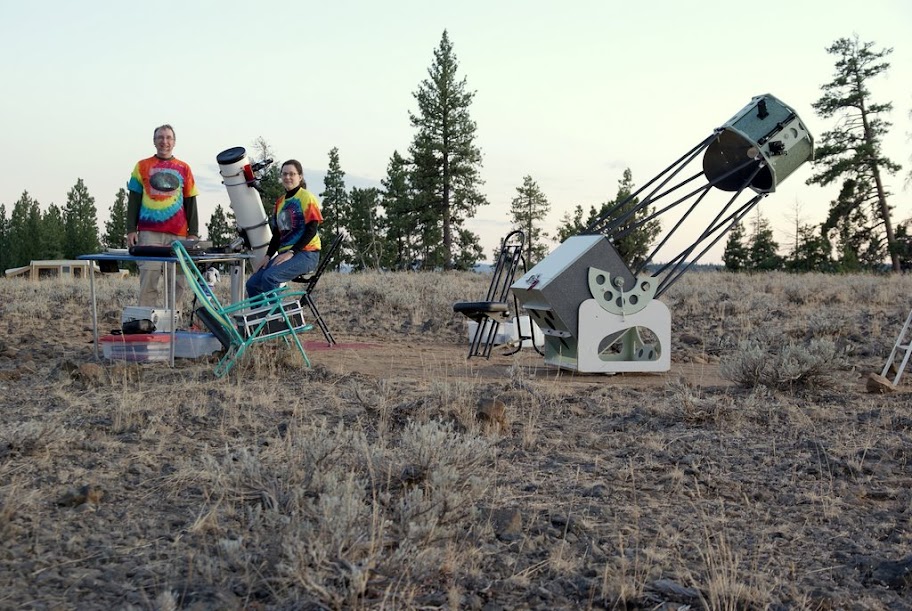 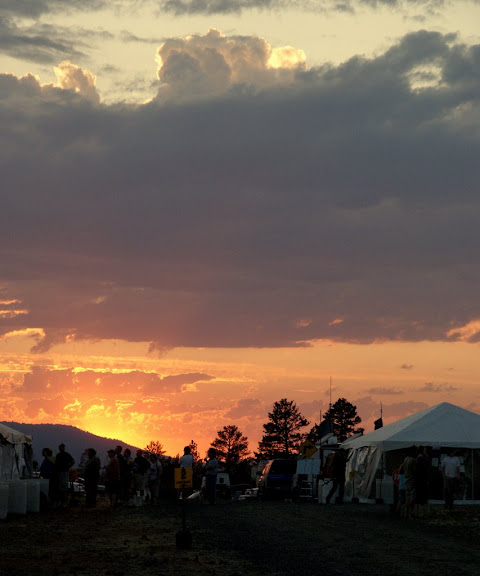 After two other long trips in August, it was time to repack the tent-trailer, add some telescopes and other astronomy gear and head up to Oregon Star Party XXII. Considering that we were in charge of maintaining the registration tent, and that we had done essentially nothing to prepare for that task, we were feeling a bit daunted by the prospect of working much of the day and observing much of the night for several days in a row. However, several last-minute offers to supervise the tent were gratefully accepted, and much of the time we were free to wander away from the registration task, for an hour or two at least.

The Oregon Star Party has been in action for over twenty years, so many of the tasks have become almost routine if still filled with small details: the food and espresso trailers take care of themselves, the shower truck space is mostly pre-sold (but we sold many extras due to the heat), and speakers and programs are also nailed down well in advance. In the end we passed over 650 attendees through the registration tent between Wednesday afternoon and midday Saturday, a fine turnout for a spot an hour from anywhere (Prineville, Oregon is that far away, and almost perfectly centered in the state).

This may have been our hottest OSP ever; memory fails to recall one where I observed until 2am in shorts and sandals (albeit with long-sleeve fleece top and thick fleece socks). Both Tuesday and Wednesday were like this, with thin high clouds causing some issues during the nights. Days were very warm, and both ice and drinking-water ran low before reinforcements arrived on Friday. The weather turned on Thursday as a cooler wind and some cumulus clouds replaced the cirrus, only to burn off after dark to provide more observing opportunities. The last three days were classic OSP – warm days and cool nights with a chilly wind dissipating before midnight. I was stuck with a Tuesday weather forecast (despite the presence of a mobile Internet hookup which I failed to utilize), so I expected Thursday to be the best night & stayed up until dawn; Friday may have been as good but weariness and queasiness combined to take me out early that night. By Saturday I was feeling better and made it ‘til 2AM before fatigue and chill wore me down. My estimates of Tue-Sat bedtimes were 11PM, 1:40, 5:00AM, 10PM (with ˝ hour attempt around 1AM) and 2AM; Lórien did better with times past 2AM every night (which she’d pay for later at home). 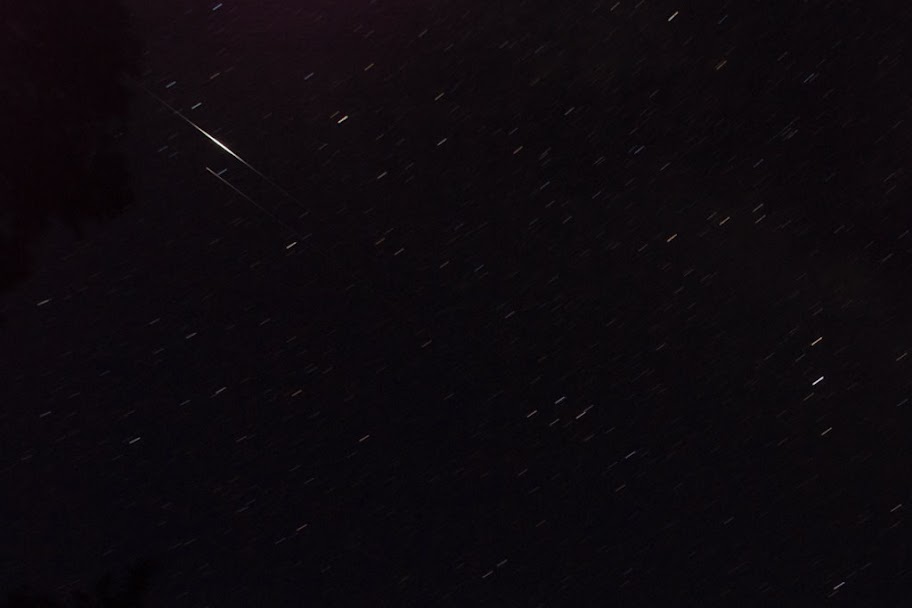 We both worked on observing programs as she continued her quest to sketch all Messier objects and I picked up the mid-level OSP observing pin for the third straight year. Aside from that we enjoyed views of Jupiter (especially on Tuesday when Io cast its shadow on the planet’s face and Europa & Ganymede merged into a single light-source), Neptune and a few old favorites from past events. On Wed. PM we opened the reg-tent for a very busy two hours, and Thursday we worked two of the four shifts. By Friday we had enough committee volunteers to spend more time outside the tent (and in the shower!); Saturdays are pretty quiet but we still managed to take in a few more on-site attendees to bring attendance to 670-plus. That’s the second-largest town in Crook County, for a weekend!

Even when not explicitly on duty, we who work on the committee wear tie-dye versions of the OSP-logo shirts, so any time we are visible we are available to give answers, advice or opinions since everyone else was wearing blue shirts or colors from past years. At last we reached Sunday, the end of both the event and our long month of wandering. We re-packed the car (including a now-warm cooler of food we hated to waste but couldn’t bring ourselves to cook in the hot weather), did a quick search of the area for litter, turned in our on-site radios and headed for home. We ourselves had a fine time, as did everyone we encountered – but it was time to clean our gear and get some rest before re-entering the world we had abandoned for most of a month. The cats were happy to be home again, and so were we!